Joe Lupica is Newpoint’s chairman and leads the firm’s Affiliations practice. During his career, Lupica has served a variety of nonprofit, corporate and public-sector clients as an investment banker, attorney, and development officer.

Joe Lupica advises a wide variety of community, faith-based, and public sector hospitals on affiliation transactions, governance, and strategy. His healthcare consulting practice spans two decades during which his teams have produced innovative and award-winning network transformations. Importantly, he also helps leaders stand firm against ownership transactions that would not advance the vital interests of their communities.

During his Wall Street career, Lupica was Vice Chairman of KP Global Markets and President of Kidder Peabody China. Prior to joining Kidder, he was Vice President and Executive Director of Corporate Finance at Goldman Sachs. He began his career as a practicing attorney, becoming partner in a major Connecticut law firm.

A nationally recognized commentator on healthcare issues, Lupica has spoken at The Governance Institute, Fortune 500 Global CEO Conference, New England Society of Healthcare Strategy, and at several universities, including Cornell, Yale, and UCLA. He has been named a Visiting Scholar by the University of Iowa, where he delivered the annual year-end lecture to its combined MHA classes for several years. Lupica has been a regular feature at Becker’s Annual Conferences and CEO Roundtables, has served on the national faculty of the American College of Healthcare Executives, and has spoken at numerous state hospital association conventions. 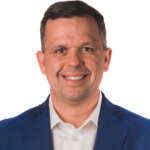